Home » BLOG » The many challenges of interculturality

We find ourselves interacting with other cultures more and more, whether it’s international trade, diplomatic relations, cultural, social or tourist contact. Globalisation raises questions about the notion of interculturality, and about our ability to live together and accept differences.

Interactions between cultures, with due respect for each other’s identities, help to take differences into account while seeking common standards. In contrast to multiculturalism – whereby cultures coexist in one place – interculturality sees the interaction between groups facilitate intercultural encounters and acceptance of others.

The difficulties with interculturality

In an intercultural environment, the clash of cultures (language barriers, traditions, etc.) can lead to tense situations. It mostly comes down to our mindset and how we approach others, regardless of their differences.

The tendency to consider your own group as the benchmark can lead to prejudice. Likewise, confining individuals or groups to categories by enforcing stereotypes just helps to ‘normalise’ rejecting one group or another.

Interculturality in the workplace

The workplace is not spared the risk of tensions when different cultures meet. This issue is all the more key when a company develops internationally; it needs to be considered from the earliest possible stage. While interculturality can help to adopt a work approach that treats diversity as an advantage, it can also lead to misunderstandings.

Intercultural management therefore seeks to manage diversity by improving cohesion within teams. It promotes communication and interaction between people of different cultures in a given area, but also transversally when a company is active in several countries. Employees working on the same project might have different work patterns, behaviours or values depending on their culture – these can be misinterpreted and lead to tensions. Improving a company’s employee integration policy, facilitating communication and encouraging social bonds by combating stereotypes are all areas to work on.

Engaging a target audience in another culture

In addition to knowing social norms and business protocols when communicating with foreign customers for the first time, you need to know ahead of time how to interest them in your product or service.

To do this, you need to analyse in detail who you plan to target, and understand their cultural environment, habits and expectations. Don’t expect to be able to ‘copy and paste’ your local marketing strategy to another country – adaptation is an absolute must. Not adapting will expose you to misunderstandings, or even counterproductive reactions.

You can examine the differences and similarities between your own culture and the target culture to understand how to adapt your message and positioning to your new market. But sometimes, it can be worthwhile to start again from scratch and localise your strategy from A to Z. We’ve gone into detail on this topic in this article.

Culture and language are inseparable, they shape each other. When you choose a particular word, phrase or message, you are making a cultural choice. Understanding and perceiving that message requires a kind of ‘decoding’. When you’re face to face with the other person, body language adds to the mix. In both cases, our cultural filters play an important role… You cannot perceive a message without viewing it through your own prism.

Translation is part of this decoding process. Linguists translating into their own language must convey the message faithfully, but also grasp the nuances that will make it easier to understand the message in their own culture. Here again, the choice of words is inherently cultural. This is also why we stress the need to always have content translated by native translators. It is also desirable that they reside in their own country whenever possible, in daily contact with their cultural environment.

Being familiar with the customs of the country you are planning to visit on business or the country your client is arriving from is essential. In either case, your verbal and non-verbal communication will need to be at its best. In particular, you should avoid any behaviour or remarks that could be construed as offensive by the person you are talking to. This can be difficult to keep up, especially as we have ‘reflex’ reactions when we interact. You might find it a shame not to allow for some spontaneity, but it’s not the order of the day in these situations!

It’s also likely that you’ll speak in English and that neither of you will be able to express yourself in your native language. Bear in mind that a limited command of the language of conversation can lead to misunderstandings. Watch out for misinterpretations!

If you can have an interpreter accompany you, they will help accurately convey what is being said and clarify any points that are unclear to you. This is the very definition of their role!

Find out about social norms and business protocols:

Adaptability is a key quality

It’s a fact – some people are better than others at dealing with living and working in another culture. They absorb the culture shock more easily and often find the experience enriching. They have a gift for adapting their behaviour to differences in the new culture. Most often, they are noted for having the following qualities:

They remain modest about their own cultural solutions to problems and show respect and consideration for local practices. They are humble about their knowledge of the local context and are therefore willing to learn.

They have a tendency to deepen their knowledge of the host country (its geography, customs, social, political and economic environment). They often try to learn the language of the country.

By building good relationships, both personally and professionally, they can make it easier for people from different cultures to work together. They manage to communicate their thoughts in a way that is understood and adapted to a specific culture. That’s a particularly important asset! Their capacity for empathy means they can relate to other cultural perceptions of the world.

Working in a foreign culture requires special skills and a special mindset. The occasional business meeting with foreign contacts does not necessarily require such skills, but it does increase your chances of success, both professionally and personally.

In conclusion, one could say there are two approaches to engaging with other cultures. Firstly, the more anecdotal approach of ‘techniques’ or ‘soft skills’ for adapting to the person you are talking to. For example, reminding yourself that:

These are examples of the type of ‘soft skills’ or good manners that help tackle meeting someone for the first time, but a culture is not just a fixed combination of values and behaviour.

The second approach consists of analysing the situational context and the individual’s capacity or not to adapt. While we can decode values and behaviours and draw up diagrams and tables to prepare for a meeting because culture has a strong influence, the fact remains that the people are individuals with a personal history, context and specific situation. Cultural generalities are valuable but not the whole story!

If you approach a person from a given culture, asking yourself about their environment and history, and giving them an active role in your thought process, it will show your openness to differences in the broadest sense. It will help you to move forward and make progress in the meeting. Simply listing differences can be quite divisive and ultimately counterproductive. Reminding yourself that people see things differently based on their cultural references will help you to remain vigilant and approach any unexpected or surprising behaviour calmly, without judgement. 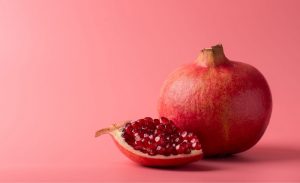 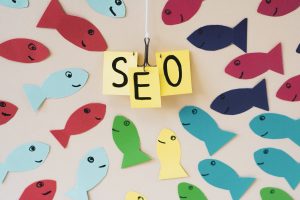 International SEO: an essential step in your plan to conquer new markets

76% of users browse the web in their own language